Stasis is a 2D puzzle horror game about  existential dread.

E to interact with objects (hold down E to hide). The overlay will automatically disappear when you move.

Best played with headphones for directional audio & audio cues. Please adjust audio so the humming sound can be heard.

The game is playable in browser but may take some time to load. If so, there is a downloadable exe as well :)

Stasis is inspired by the poetry of T.S Eliot, mainly 'The Love Song of J. Alfred Prufrock'. Core elements of his poetry include the fragmentation of memory, passing of time and fear of judgement.

Fragments of memory implicate the narrator’s childhood that caused him to become hesitant and fearful, living only to appease others. Now, he has become despairingly aware of the inevitable passing of time and is mortified by his older self.

jokes aside hope you enjoyed playing!

me reading the controls: wait- why do we have to hide ;-;

Haha thank you! Glad you enjoyed it :)

the games really fun and very spooky but the puzzles are kinda hard for me ;w;

Thank you!! Ahh sorry maybe we made them a bit too difficult D:

i love the game concept!!! kinda like an escape room XD

Yess the puzzles were definitely inspired by escape rooms as well :D

Thanks for playing! Was hilarious listening to your commentary xD

Nah, the ending was pretty vague and I would've loved to have fleshed it out a bit more, but we ran out of time xD I also found it tough to convey a story without taking away from the puzzles - but its definitely something to improve on in the future!

For the ending, it's meant to imply (kind of spoiler alert):

Events in his life (as vaguely represented by the puzzles: experiencing bullying, his mother teaching him to put on a facade and caring only about a superficial image) have caused him to live in fear & only for others, which he now regrets. Now he has grown older and time is catching up to him. Finally, it implies that the monster in the game is a representation of his older self that he is afraid of and gradually becoming. The theme is inspired heavily off 'The Love Song of J Alfred Prufrock' (TS Eliot). Hopefully that makes a bit more sense!

The graphics are beautifully designed. The sound effect is very atmospheric particularly when the monster jumps out the first time. Good work and keep it up!!!

Thank you so much and glad you liked it!

Thanks for playing and for the video! We hope you enjoyed it :) 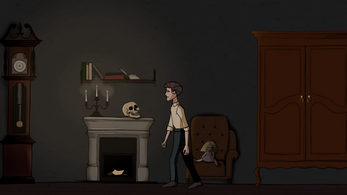 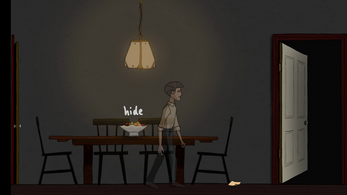 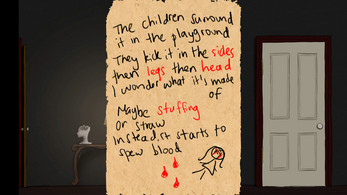